A rhetorical question: if you have never played Karateka it’s worth doing it. You can google for the karateka.dsk.gz file and load it into the AppleWin emulator. 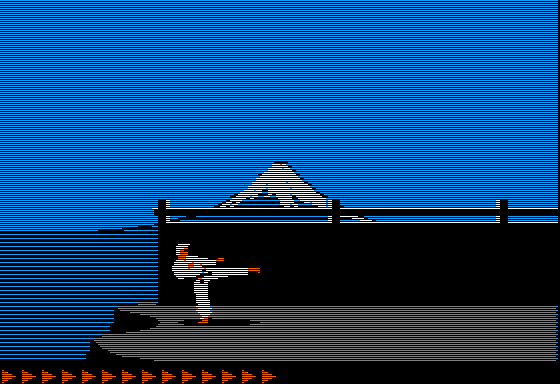 There is a DOS version, but, unfortunately, the gameplay was slightly changed. In the Apple’s version the opponents inside the house never approach you first. There was a trick: a little step towards and immediately step back. This was the only way to force them to attack you. Then you can low-kick them. In the DOS version they always attack first, so just low-kick. 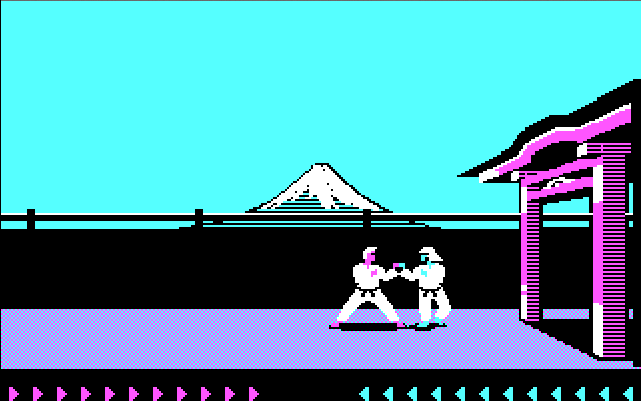 But for the DOS version there is a magic patch allowing to speedrun the game.

Don’t miss at the end when the princess hopelessly kicks you when you approach in the stance.

P.S. Unfortunately, the sources of this spectacular game are still closed.