I wrote how I built Maximite.

Yesterday I was in mood and decided to install RetroBSD there.

RetroBSD is a real UNIX, derived from 2.11BSD and intended for embedded systems with fixed memory mapping. Its target platform is Microchip PIC32 microcontroller with 128KB RAM and 512KB of Flash, which can provide flexible RAM partitioning between user and kernel modes.

RetroBSD implements real preemptive multitasking and memory protection using hardware capabilities. It provides standard POSIX API (fork, exec, wait4, etc.), plus it may have a C compiler in the system allowing on-board development. The kernel is burned into the chip and the filesystem is loaded from an SD-card.

After a little fiddling around with the bootloader and library dependencies I managed to build the binaries and upload them onto the device.

A solemn moment of powering on… 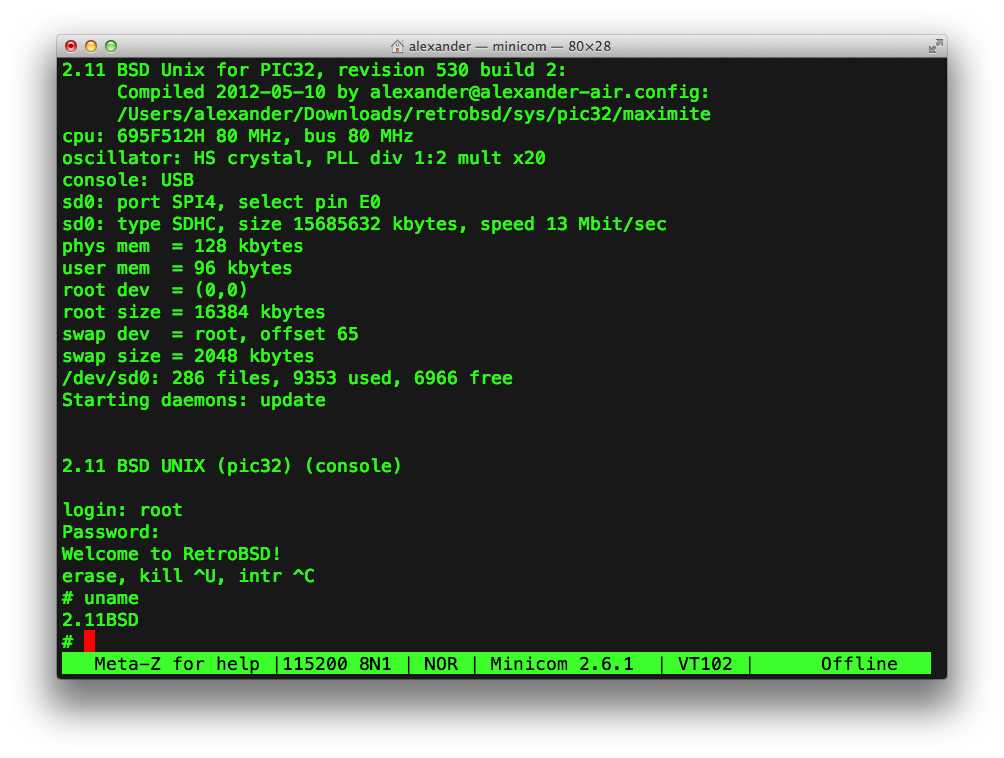 Of course, games first. The Worm. 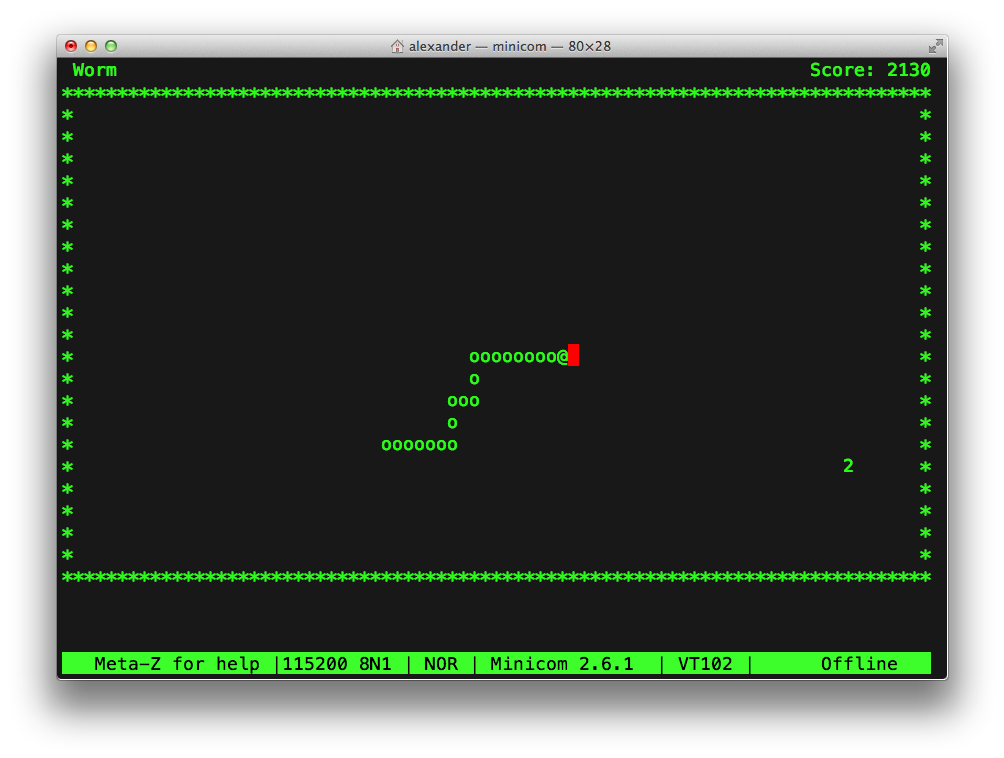 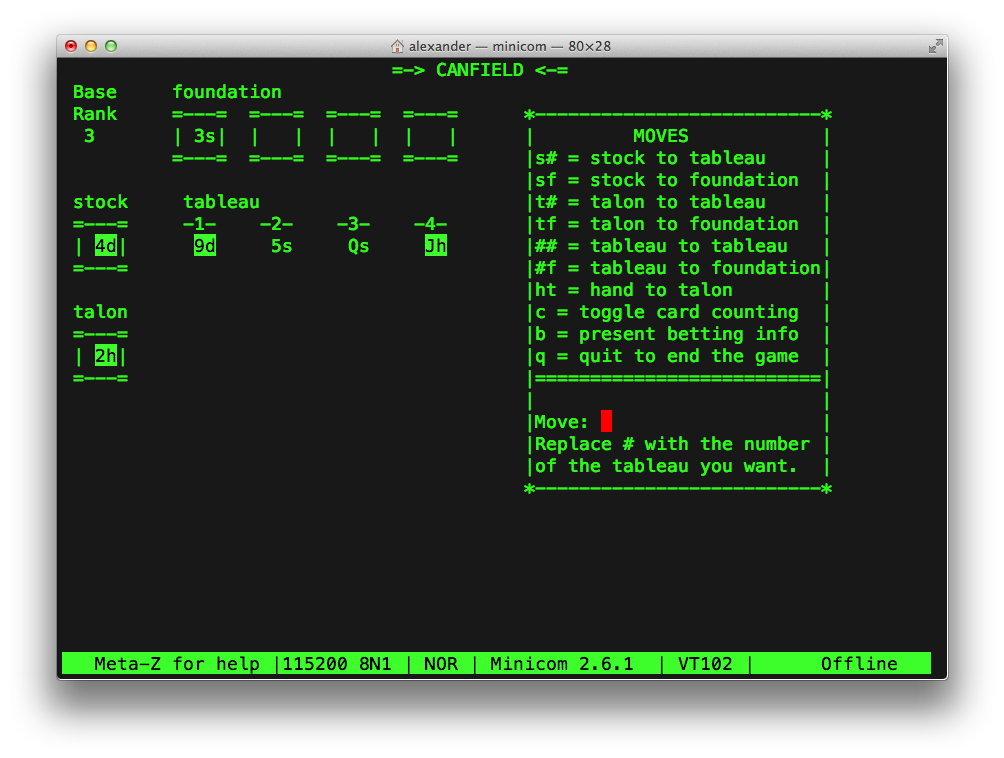 Now a bit of programming – Forth.

At the moment RetroBSD only communicates via the serial port and doesn’t support VGA and PS/2 interfaces provided by Maximite, but Serge Vakulenko, the author, has their support in the roadmap.